Sorry for the click-bait title 🤲

But yes I did work for them, in some sense XD

So like I said last week I was busy, its because I was editing a video for their youtube channel and that deal was also the kind of reason why I backed out from being active on my main insta page back in October.

Initially I was supposed to edit 5 videos for them and so I thought it’d be better if I don’t commit to other things. But as it turned out it was a rather slow process and the ambiguity of the project made me not distribute my time evenly and that is also the reason as to why I think I wont be editing anymore videos for them.

Aight so I was done with the video on Tuesday and since then I have been mostly free [still had a few small projects].

And so I have dedicated quite a bit of my time in thinking and writing about my upcoming goals and stuff.

Wasnt able to write everyday, but when i did i spent a lot of time thinking about it.

I added a counter to my notion journal page which lets me see how much I have been writing, this will come in good use as it will motivated me to write more every week.

Here’s my stat from this week

I completed Immortals of meluha on Thursday and after that my reading progress kinda took a hit as I found reading non fiction to be harder and didn’t have any other easy book laying around. So I ordered animal farm by George owell but I don’t know when it will arrive meanwhile I am really confused with what I should read to keep me going.

I have thinking fast and slow but the texts in that book are small and also I wanted to read it from the start after getting a kindle so that I can highlight texts and stuff while reading. 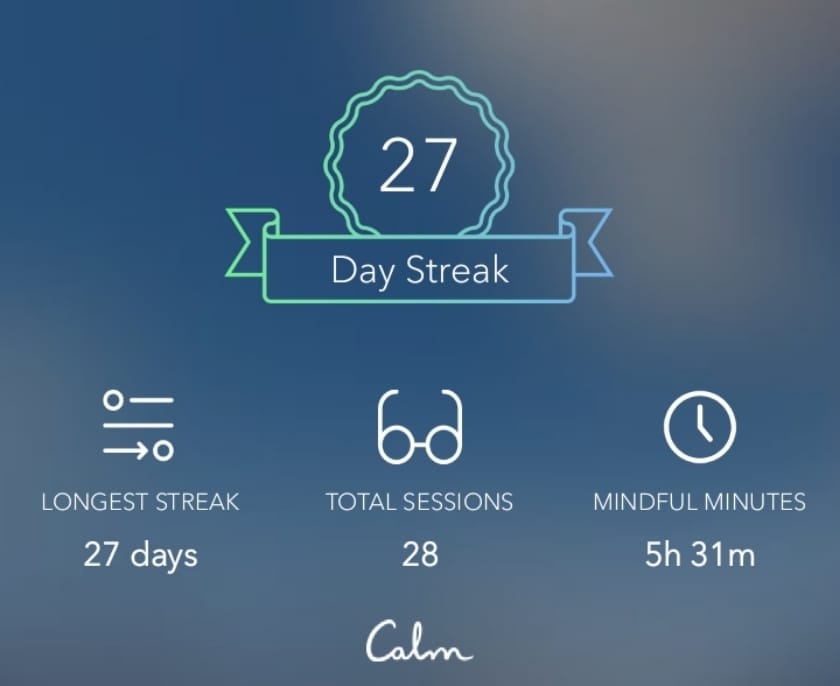 This kinda took a weird hit in terms of consistency idk why[actually I do its coz of my sleep] 😶 Also the app did not fuction properly tuesday, I ran the usual 3km and its showed only 2km 😤😤

I will try and get back to normal next week. 😤

I practised everyday and started making quite some progress like before.

Hopefully I ll get back to where I left by early jan.

I have a plan in my head for next week which will take my sleep schedule to where it was.
Also I kinda made a weekly progress spreadsheet, which I will maintain and share every week in here. Just not sure if I should share a screenshot or a live embed of it.

Oh and I also played cyberpunk 2077 for an hour or so idk I lost touch from gaming so didn’t quite enjoy it, also because the game was giving me low fps later found out its because I have nvidia studio drivers installed and not gaming drivers.

I will give it another try this week and let you know in the next week’s blog, i.e., my thoughts on the game.

We often see happiness as a never attainable thing and a part of me kinda believe in it somewhat at times, but then I have spent quite some time thinking about it and all my thoughts were brought back after I listened to Joe Roegan naval podcast [linked below]

Where naval says if you think you are smart you should figure out ways to be happy and not see it as something smart people cant have, and I remember saying the exact same thing to myself earlier this year and it was after that I started realizing how happy I have always been but for some weird reason I kinda ignored it and tried to look sad.

I don’t really understand happiness very deeply but its definition keeps changing for me from time to time. The podcast was a gentle reminder about how happy I have been lately and its not really because I have gotten some sort of reward or gotten into any relationship, nothing like that really its just that I have started being more grateful and taken a few steps towards a more productive lifestyle.

I just realized how vaguely I wrote the above paragraphs but Hey! that’s just my thoughts from the last week :P

It’s a waste of time to watch a news channel on TV.

99% of what they show in the news in useless information and will probably never affect us.

Then why spend time watching that when we can spend that same time to some other task and get better result per unit time spent.

Because people compare themselves to their past version [a past where they did not read books] and they see that they are smarter now. Which is true btw but knowledge can come from other sources too which they don't realize sometimes because they are so committed to books. https://t.co/BDd4ZCBUkd

Will start working on a video for my youtube channel from tomorrow or the day after 😙
If things go as planned then expect a video in next week’s blog.

I watched the last ep of Rick and morty s4, thanks to Netflix streamfest and also Ajab Prem ki Gazab kahani lmao

I remember watching the movie back when it came out and I don’t remember what I thought about it back then but now since I have a sort of childhood memory attached to it, I found it to be cute and slightly bad XD but I ll let that pass because of nostalgia 😌🤲

I actually discovered him earlier this year via his ads which he runs.

I have his meta startup playlist saved in yt but like every other thing saved in yt, I did not get the time to watch it

I have shared those podcast in my previous blogs go and listen if you have the time. But for now you can watch this video to know more about him and his goal.

Text to Handwriting by Saurabh Daware

Came across this fun tool which lets you create handwritten notes from the text that you type or paste. It can even generate it in your own handwriting if you spend a little bit more time and effort[Once].

The ending of this podcast is very cyberpunk 2077ish 💀🤖 XD
It was very nice to listen to it though, yuval like always repeated some of his key ideas which he does everywhere be it his book, ted talk or even podcast 😌☺

Quotes from the week📃

“The ability to observe without evaluating is the highest form of intelligence.”
― J. Krishnamurti

Top 3 Memes/Edits from the last week 🐒

More memes from the week: Here

Since you have read the blog till here I might as well share the video on which I edited for Netflix India.
Keep in mind its cringy and not relevant

I had to watch 6hours long footage of them not actually reacting to the show 💀
Also did a terrible job of editing it imo, mainly because I did not enjoy ☹

My goal for the next week will be to dedicate the first hour of my day everyday to learning something new.

Because its December now, so going for a run way too early in the morning doesn’t make much such, so I ll instead sit infront of my computer and learn something
and then go for a run at around 6:30-7:00Pm.

Usually I spend this time on my phone, but I will try and eliminate it from this week.

I will try and learn web development this week, preferably from Avalon meta 😺
Will share my result as well as recommend the app next week if its helps me.

Thanks for reading this week’s blog, hope you found something of value from it.

If you are a regular reader and if you read from the same browser then signup to Disqus below and you will be able to comment on any of my blogs whenever you want.

Subscribe to get these blogs delivered to your email inbox